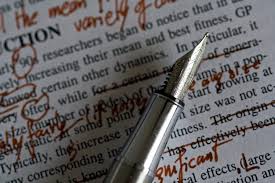 Finally, Back At It

I’ve finally gotten back to working on my unfinished novel, a second book in what might turn out to be a series, since I carried my protagonists from Rescue on White Thunder over to my current in-the-works adventure. But I noticed something is missing in some of the chapters – the descriptive details, especially in the surroundings, locations, and buildings in various scenes. I didn’t leave them out completely; I just didn’t build much detail into multiple scenes, which I noticed during recent edits. I fondly remember picturing then describing in detail such scenes in my first published work so I’m not sure where or why I strayed. The following is from a scene I set up where I visit to a Doctor of Oriental Medicine and my impression of his office:

“He led me from the reception area to a room decorated with antique Asian décor; the scent of sandalwood swirled about the room. In the far right corner sat two camelback chairs upholstered in a bold, China red silk fabric embossed with gold Chinese characters. A simple wooden table placed between them held little clutter: a metallic miniature desk lamp, a small red statue of Buddha, and a jade green Chinese teacup containing several pens. On the opposite wall stood a handsomely carved mahogany bookcase crammed with textbooks and other academic works. Some of the books were at least three inches thick and I wondered if he’d read their contents. Most likely. Okay, I’m impressed, I thought. The area rug covering the polished wood floor was noticeably Persian; its earthy tones complemented the bolder colors of the furniture. Placed on top of that striking rug, in the center, was the treatment table. Light in the room glowed softly from a torchier lamp in the corner behind one of the chairs.” (Excerpted from A Bump in the Road, 2007, Lulu Press, Inc.)

You can picture the office decor and layout, right?

In the current book I’m reading, The Romanov Prophecy by Steve Berry, all of his scenes are written so vividly I feel I’m there, even though I’ve never been to any part of Russia. This is central to a story’s success – the settings, the backdrops, where characters interact, where antagonists meet up with protagonists, where protagonists escape antagonists, where locations change or merge, etc. Cityscapes, landscapes, seascapes, weather patterns, popular locales – these hold up the story as it moves characters through the plot. Somewhere along the way, I seem to have forgotten that, focused too much on the plot itself and not the intricate details of where events are taking place.

What can make those all-important details a bit difficult is unfamiliarity with certain subject matter, say, architecture or aviation. Some research is necessary to learn the lingo and how to describe them in such a way that every reader can clearly picture where your characters are, what they’re doing, etc.

This is a small example of an architectural description from Steve Berry’s The Romanov Prophecy:

“The Russian consulate was located on a trendy street west of the financial district, not far from Chinatown and the opulence of Nob Hill. The consulate, a red-brown sandstone two-story with an end turret, sat on the corner of a busy intersection. Balconies lined with richly scrolled metal balustrades adorned the upper floor. The roof was trimmed in a cast-iron cresting.”

Even though I’ve been to San Francisco only once, I can picture exactly what this building looks like and I might even be able to find it just because of the detailed description (especially since I looked up the words turret and balustrade and realized I’d seen them before but didn’t know what they were called). This is one of many descriptive paragraphs in the book. I can picture exactly where the characters are, what the weather is at the moment, what they’re wearing, driving, etc., all while watching the plot unfold.

Attention to detail is the hallmark of a good writer. Noticing this absence is part of my learning process and I fill in the spaces when I edit chapters. It’s a work in progress … in many ways.

My advice? Don’t be afraid to under- or over-describe a place, person, or action; you can always go back and add/remove the adjectives or adverbs. Just make sure the finished product is vivid enough for readers to ‘see’ where the story goes.

The devil is in the details but those details make a successful novel!