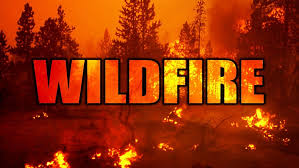 I don’t know why, but I’ve been fascinated with fire since childhood. The duality of its beauty and danger captivate me; flames licking, eating, destroying; yet warming, inviting, even trance inducing. Many years ago, as the first chapters of Rescue on White Thunder formed in my mind, it was very different from the end result. I suppose that’s where the creativity and individuality of the writer comes in to play. Fire has become a running theme in my books and it is once again a large part of the next installation in what has become a series because I so enjoy the characters I’ve created. (And I’ve already got ideas and a premise for a third.)

For a writer who prefers to write a good action story, movement is crucial and including fire made it easy. Fire provides good movement in a story, whether it’s the fire itself or the characters involved with the fire and what they’re doing with it or to it.

In this excerpt, you can see how the characters move into action as a result of fire:

Braddock was already well above the rest of his crew on the fire line when Jim suddenly yelled, “Wind change!”

The crew immediately stopped what they were doing and ran downhill. When Braddock and Smoke turned to do the same, a flare-up stopped them in their tracks. It was an unexpected blowup – the southeasterly winds, with pressure from the storm overhead, shifted north and caused crown fires to increase rapidly. Flames raged high and hot and separated Braddock and Smoke from the rest of the team. Braddock turned in every direction, trying to find a way out as the flames shot through the loose underbrush, creating a wall of fire around them. Branches burned off trees fell to the forest floor, spitting burning embers everywhere.

In this portion, the fire itself is the action, providing rich imagery as well:

Fires spread quickly over a fresh, loose layer of humus covering the solid ground. Tree trunks caught fire one after the other as flames overran the surrounding brush and now-dead timbers toppled from last year’s big storm. The crackling roar of the fire amplified and they had to shout to hear each other. Braddock knew they would soon be forced to move to higher ground. Some of the firebreaks held but winds were increasing in strength and velocity, propelling fresh embers to other areas. More trees and small brush ignited, creating walls of flames that nearly licked the upper branches of the tall pines.

You can also have both the characters and the fire creating action where one influences the other:

6:30 am: The explosion reverberated throughout the house. Braddock flew out of his chair at the breakfast table and Jim sprung to his feet, knocking his chair to the floor, both of them spilling their mugs of coffee.

Quite a distance away, they could barely make out a thin grey line of smoke over the trees southwest of White Thunder Mountain. Minutes later, the wail of police sirens pierced the air; honks like foghorns from multiple fire engines interrupted the morning’s serenity.

When it comes to action, you have multiple opportunities to create movement in your story when you include an active subject matter like fire or other extreme forms of weather. Track whether the story flows or if it skips; too many changes between scenes may break up the story’s rhythm. Use whatever tools work best for you; have friends/family read portions for feedback, build a story board on a wall in your home office (or where in the house you write), even sketch out the physical layout of the story’s location (this works for me) to keep timelines and movement in sync.

Remember, movement is life in a good action story.