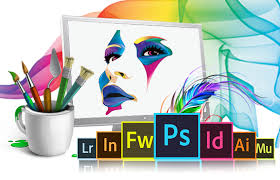 Memorial Weekend loomed and my anticipation escalated; I’d been looking forward to this for a long time. Over the past year or so, I have contemplated changing the eBook cover to my fiction novel, Rescue on White Thunder. The basic cheesy cover was not really helping sell my book and I obsessed over making a change. I also discovered a few writing errors I’d missed with my hundreds of previous edits, so I set about making those changes to the manuscript but delayed a new book cover due to budget constraints. With all the options out there on the World Wide Web, surely there was someone I could afford to have design a new cover for my eBook.

Or so I thought.

I stupidly went to Fiverr to get an affordable book cover since I’d had good luck with my nutrition book there (well, sort of…long story that ended in my favor). I located a young woman here in the U.S. (which is difficult, since many of the people on Fiverr are not). After reviewing her book cover portfolio a few times, I made the decision to purchase a book cover from her.

So much for that bright idea.

First, the order arrived later than promised. When I saw the email that my work was completed, I anxiously opened the message, anticipating a sparkling new cover that would sell gazillions of copies of my book. The new cover looked NOTHING like the book summary I’d sent; she’d created an urban design (think tall city buildings, paved streets, gray/neutral cover colors) for an adventure that takes place in eastern Idaho (think woods and mountains). Did she even read it? I sent the cover back with a revision request, my hopes dashed in an all too quick moment of ecstasy. I waited for a response.

By now, Memorial Weekend was almost over and still no response. Perhaps she’s working on the revision, I tried to convince myself. It is a holiday weekend, maybe she’s out having fun, I excused. By the end of the weekend, there still was no response. With great regret (and an imagined loss in gazillions of book sales dollars), I cancelled the order and requested a refund. Oddly, she responded to that request within twenty-four hours. Hmmmm…

It made me rethink the whole eBook thing. With scammers on the rise and sites offering free copies of eBooks illegally (I had this problem and it was a pain to clear up), I made the decision to take my book off of Amazon, at least for a short respite while I re-evaluate. Instead, I’m going to invest in a new book cover for a hard cover print book because I think that will serve it better than even a paperback style. Seems to me that print books sell better, as people still like to ‘curl up with a good book’ and a hot cuppa. I know I do; just today finished a fabulous fiction titled Three Souls by Janie Chang – an enjoyable read. And I’ll have better control over scamming issues, since it’s harder with print books. I imagine I’ll still have to deal with the occasional idiot third-party seller on Amazon trying to sell my work for an ungodly amount.

Less Is Not More

Part of what bothers me is how devalued graphic design work has become with the advent of the Internet and the multitude of websites where we can find these so-called experts in graphic design. I’ve reviewed many portfolios and now see a pattern: each graphic designer has a singular style that is used for all of their projects, changing only color, font, and background as dictated by the genre.

Even the young woman who created my nutrition book cover falls into this repetitive pattern as a blueprint in her portfolio, which I didn’t notice until after the fact. It’s bad enough we have additives in our foods to make them all look and taste the same in every bottle and can; now graphic design is following suit. Conformity, lack of style and originality; unless we can afford only the best of services, many writers are doomed to copycat book covers with little novelty.

Caveat emptor, my fellow writers – Buyer Beware. And, lest you forget – you get what you pay for, so make it worthwhile.